Curatorial text Shows Faculty of Agronomy - Nature. Flowers Rule (2009)
Natalia Licovich, journalist. 2009
Three series, three angles, three ways of approaching life. Many views sometimes concatenated, sometimes random. Sometimes similar and sometimes dissimilar. Fantasies and realities that make up the diversity of a single artist crossed by its history.Sabrina Passalía (Bs As, 1978) presents history, present and future in progression. Monopolize themes to turn them into specific elements of their pictorial language and a clear intention to avoid speech. Challenging the socially imposed rules of psychology, this series of works, this synthesis of images emphasizes the dimension of the real.A collection of faces congregates around pleasure, play, darkness. Signs of invitation, of flirting, of action and reaction, all united and willing to compete, as a single premise, with love.The titles of the works, meanwhile, affirm the process, a personal choice that confronts fears and the rapporteurs to take them out of the ground of the unintelligible and turn them into everyday issues. And, although they are not revealed with name and surname, their faces are infected and their instants are perceived. This sample raises an existential route, the union of soul and body in a specific physical space. 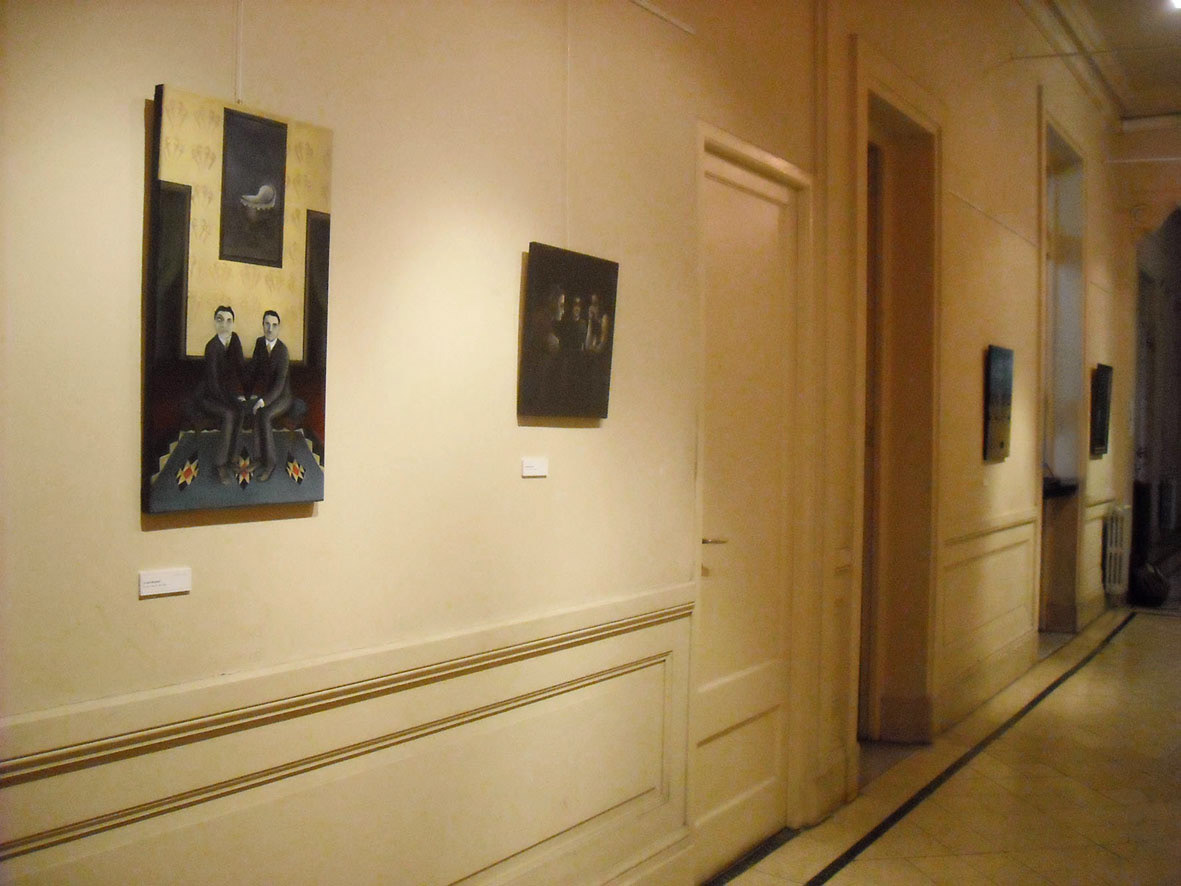 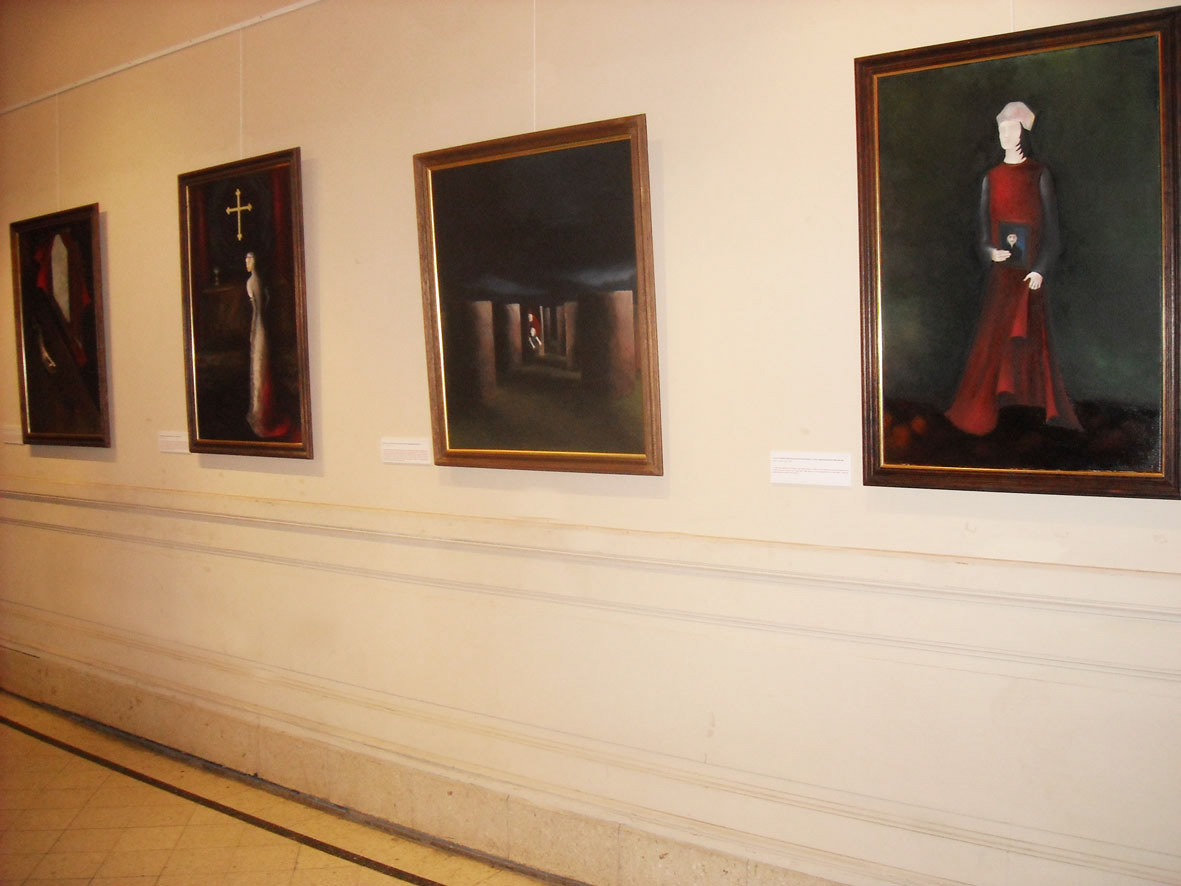 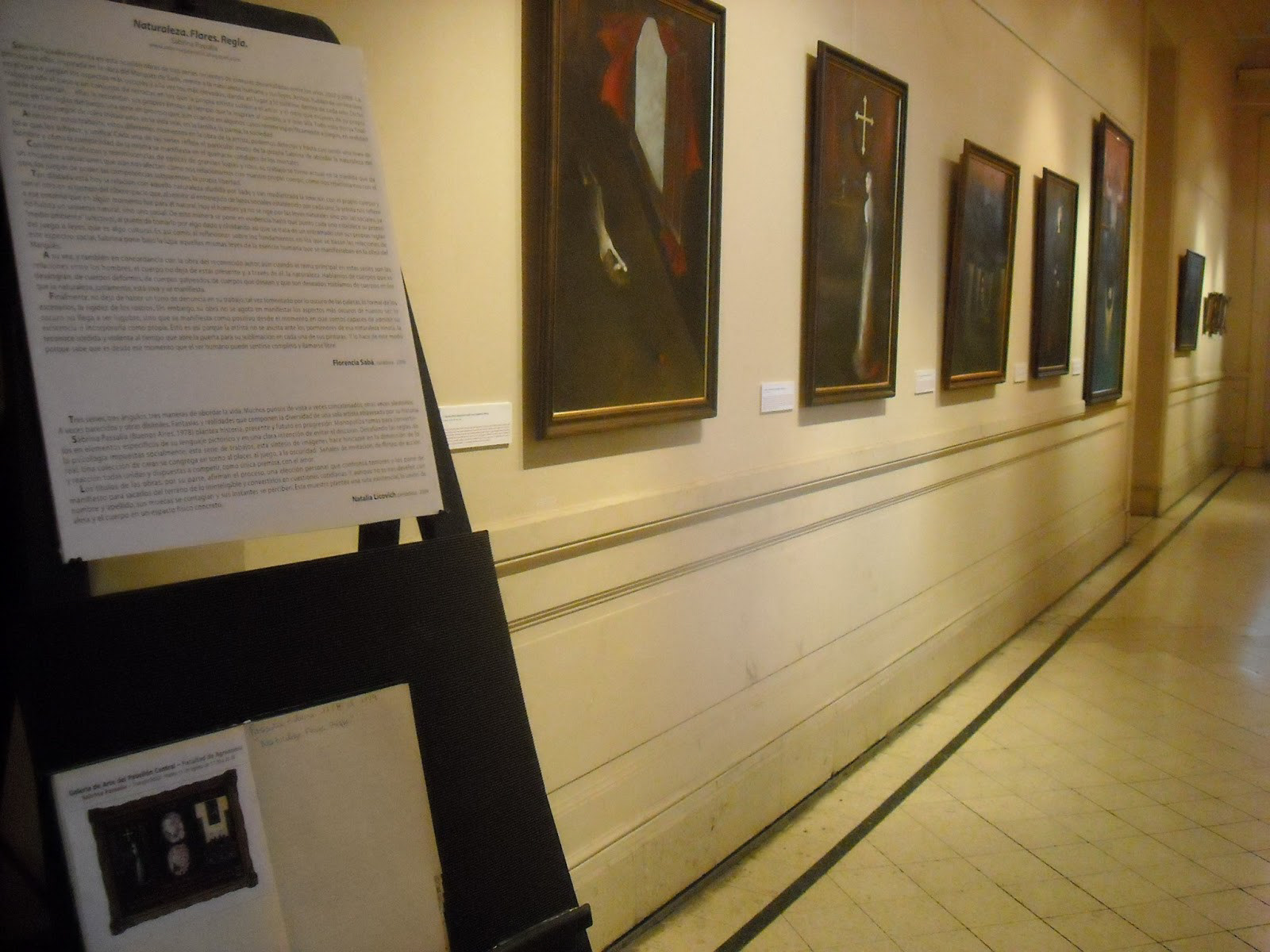 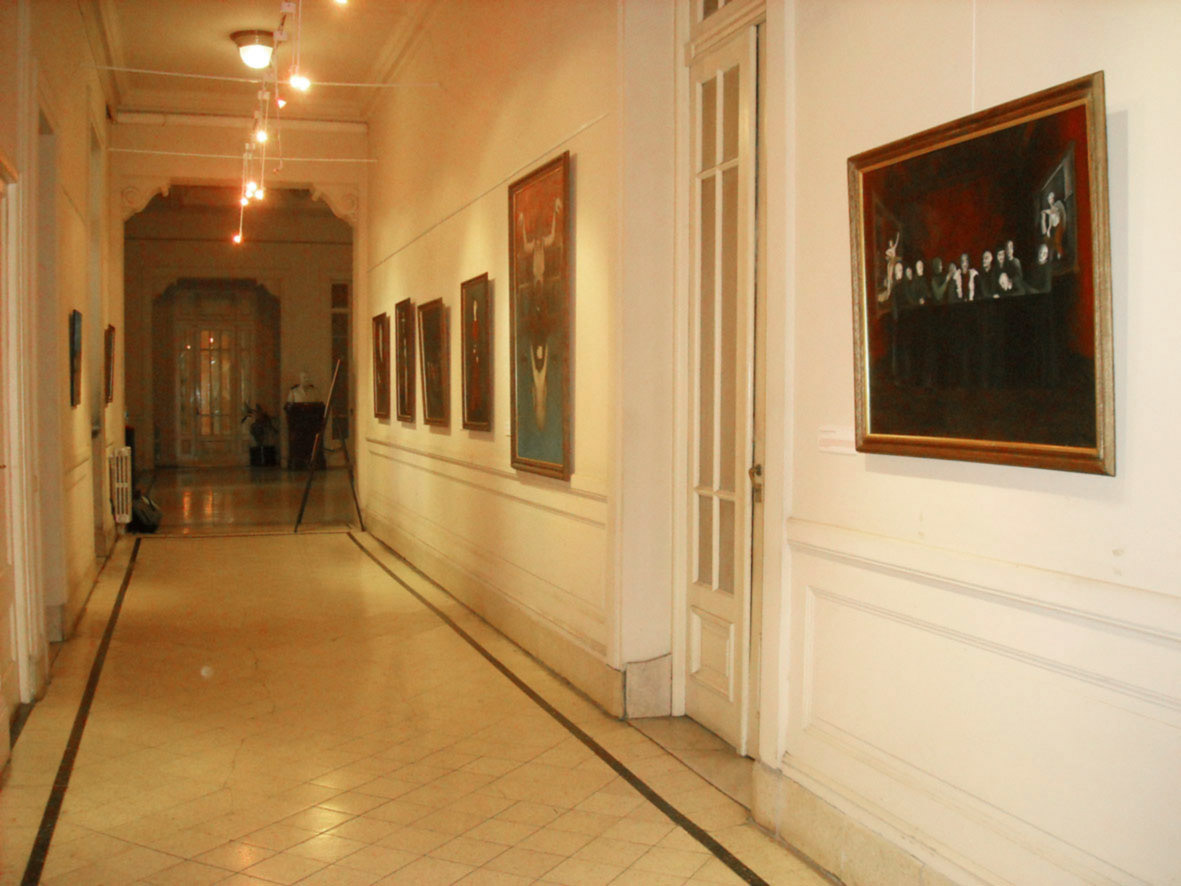 Curatorial text Casa Brandon exhibition - Nature. Flowers. Rules.
Florencia Saba, curadora, 2010
Curatorial text Shows Casa Brandon - Nature. Flowers. Ruler. (2010)Sabrina Passalía presents works from three recent series of paintings developed between 2007 and 2009. The first one, inspired by the work of the Marquis de Sade, refers to human nature and its laws. Both speak of a Man in which the darkest and at the same time the highest aspects are played, thus giving rise to the Sublime within each one. This work gives way to a set of portraits in which the artist herself sublimates the love and hate that women of her own life awaken ... they remind her of her own limits while inspiring her to change, to go further. All this finally derives in The rules of the game, a series in process that, although in some cases refers specifically to games, actually refers to those role plays established in real life, in the family, the couple, society.
By going through these works, these different moments in the artist's work, we can detect and even feel a baseline that underlies and unifies them. Each of the series reflects Sabrina's particular way of addressing the nature of man and how the complexity of it manifests itself in the daily work of mortals.With metaphysical dyes and reminiscences of times of great lodges and rites, his work becomes current as it fills situations that still affect us: how we relate to our own body, how we relate to each other, the games of power, the underlying competences, freedom itself.
The relationship with that nature alluded by Sade is so extensive today and the relationship with the body itself and with the other in the time of cyberspace is so mediated that, by referring to the interweave of social ties established by each one, the artist refers to that environment that at one time was natural for him. Today man is no longer governed by natural laws but by social laws, no longer inhabits a natural universe, but a social one. In this way it becomes evident to what extent each one establishes their own “environment” (affective), to the point of taking it for something given and forgetting that it is a framework with their own rules of the game or laws, which is something cultural This is how, by reflecting on the foundations on which the relations of this social spectrum are based, Sabrina puts under the magnifying glass those same laws of human essence that were manifested in the Marquis's work.

In turn, and also in accordance with the work of the renowned author, even though the main theme in these series are the relationships between men, the body is still present and, through it, nature. We talk about bodies that bleed, deformed bodies, hit bodies, bodies that want and are desired. We speak of bodies in which nature, precisely, is alive and manifests.Finally, there is a tone of denunciation in his work, perhaps encouraged by the darkness of the palettes, the formality of the scenarios, the stiffness of the faces. However, his work is not exhausted in manifesting the darkest aspects of our being: the dark does not become grim, but manifests itself as positive from the moment we are able to admit its existence and incorporate it as our own. This is because the artist is not afraid of the details of that innate nature, recognizes her sordid and violent while opening the door for sublimation in each of her paintings. And he does it this way because he knows that it is from that moment that the human being can feel complete and call himself free. 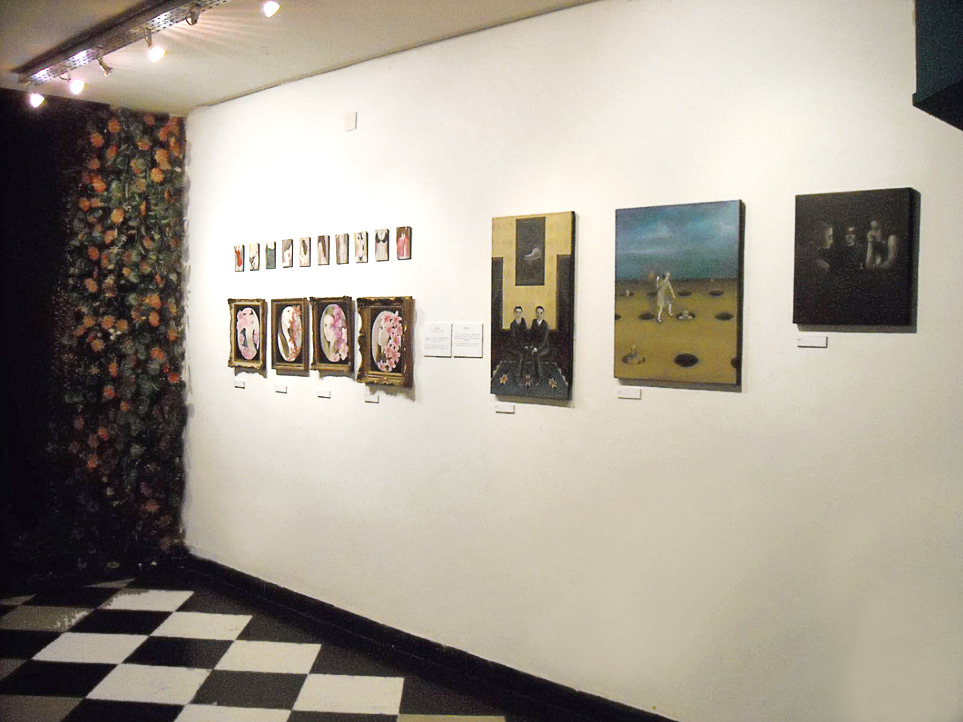 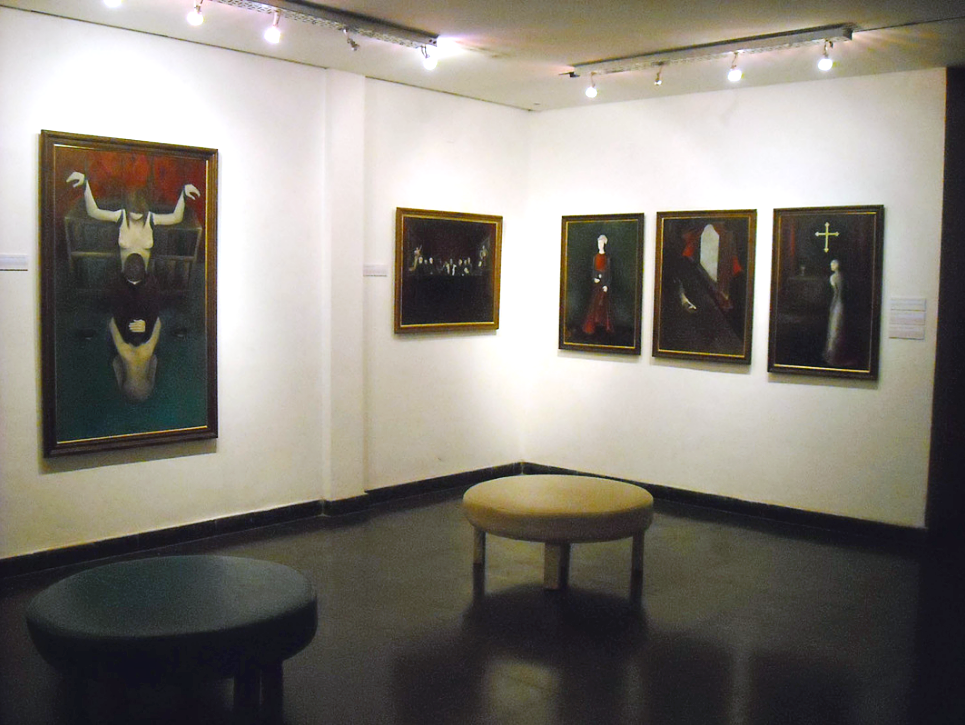 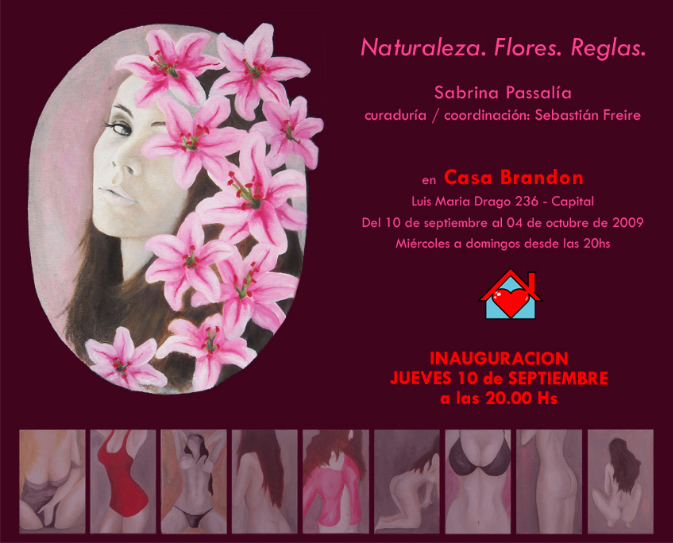 Nature. Sade and his spirit

How to build a fence

Fantasy. Reality. Intuition.
↑Back to Top